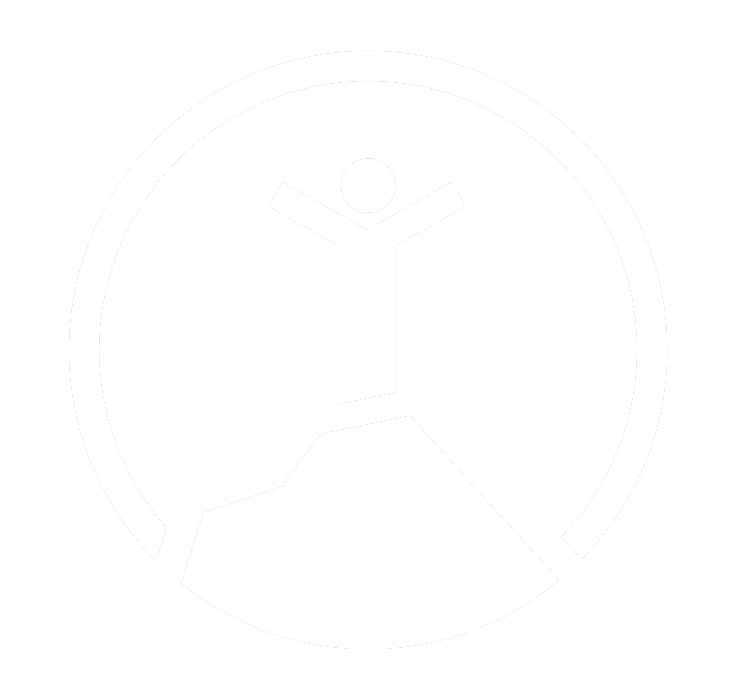 On a sunny day, the bilingual biology course year 7 went on a field trip to the Birlinghovener forest which was led by Ottmar Hartwig from the Lumbricus-Team NRW. In and around his Umweltbus we wanted to explore the ecosystem forest and learn more about early flowering plants and ground dwellers.  We not only learned about the ecosystem forest and its sustainability, but also carried out various interesting activities: some pupils had to look for and study the lesser celandine and the wood anemone. Moreover, one more pupil had to measure the acidity of the soil in different positions on the ground.
Furthermore other pupils had fun to explore ground dwellers under stereo-magnifiers (in Mr. Hartwig’s Umweltbus) they found on the forest floor. At the end the pupils presented their results to the course.The rolling laboratory was really cool and the field trip was very informative. We had a lot of fun. We are looking forward to another interesting trip!
Gözel 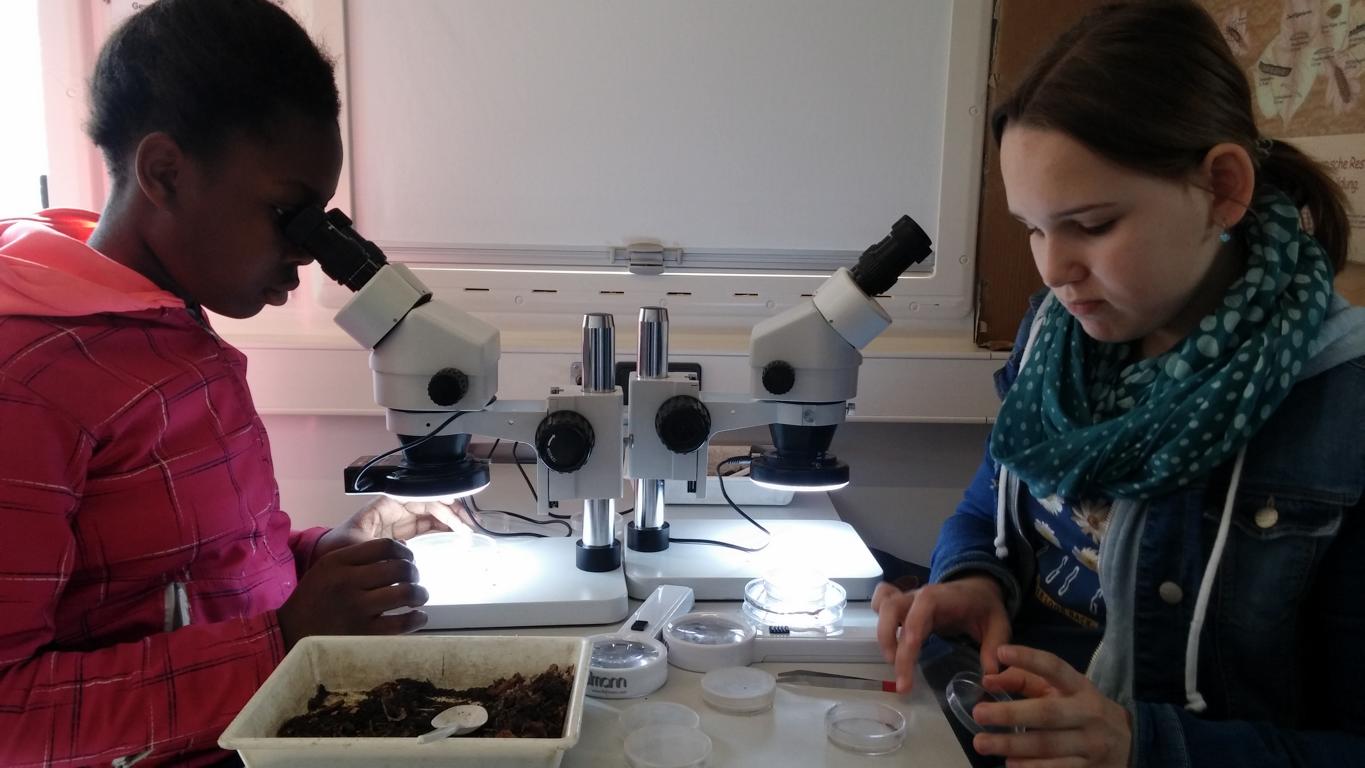 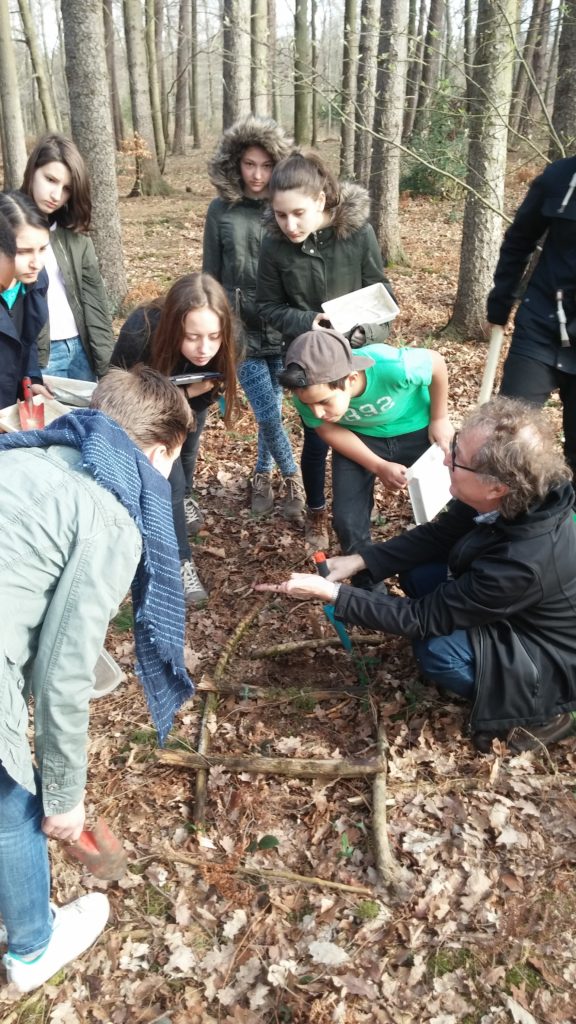 No? Until the first Monday after the autumn break we didn’t know either! That day we went on an excursion to the governmental district of Bonn with the Q1 Bilingual Geography Class of Mrs. Rosener. Mr. Kerkhoff, a well-known author, was our tour guide. (In case you are reading this, thank you for the tour! ;))

So, what did we learn?
Today, Bonn is the world’s only “Bundesstadt” and considering its relatively small size, it shows an amazing cultural diversity, and a surprisingly high level of national and international importance. But how did Bonn become what it is today?

The earliest traces of human living in this area are the hand-axes found in Muffendorf which are about 50 000 years old. Another very important finding was the grave discovered in Oberkassel which contained a woman, man and a dog. It is 14 000 years old and thus is also one of the oldest proofs of domesticated animals in the whole world! Furthermore there was evidence found that 6000 years ago, there was a settlement on the Venusberg which belongs to the oldest settlements in Germany.

However, the village Castra Bonensia was founded 11 BC as a military camp by the Romans, which means that in 1989, Bonn celebrated its 2000th anniversary! It was a square-shaped typical Roman camp and its basic ground layout can still be seen in Bonn’s street pattern today; the Römerstraße (today: B9) was the main street leading through the camp.
Next to the military camp, a “suburb” developed. After the end of the Roman Empire, the Roman camp fell to ruin and the former suburb became the center of Bonn in the Middle Ages and it still is the center of Bonn today.

Most of you have probably seen the two huge stone heads that are lying in front of the Bonner Münster. They are a memorial for Cassius and Florentinus, two Roman soldiers who were beheaded for being Christian. People view them as martyrs and they are celebrated as the patrons of Bonn. Over the years, several churches dedicated to them were built and in the 11th century the Münster was built on top of their graves.
In 1600, Bonn became a royal seat as a residence city for Kur-Köln. Thus different castles and buildings, such as the Poppelsdorfer Schloss or the building in which the University is today, were built. This is part of Bonn’s baroque history.

200 years later, Bonn became French during the era of Napoleon and in 1818, Preußen’s army conquered Bonn so it became part of Preußen. The University was founded in the former residence castle and in the beginning, it was especially attended by royalty. On top of that, it also made scientists come to Bonn.
In the Südstadt of Bonn, there were the first planned settlements in form of row houses and the Augustring was the first working-class neighbourhood. Those were the first traces of modern city development at the end of the 19th century.

In the time of National Socialism, the Nazis had the power in Bonn and in the Night of Broken Glass, the synagogue of Bonn was destroyed. In the Second World War, Bonn was widely destroyed by all in all 80 bomb attacks affecting about 80% of the city center.

After the war, Germany and Berlin were divided between the Allies, so the parliament was in need of a place to discuss about Germany’s constitution-to-be and Bonn was selected to be this place in 1948. As a temporary solution, they used a former faculty of pedagogics in Bonn as a plenary hall for nine months.
Two major plans were developed between whom it was to decide about the future of Germany. Luckily, the Morgentau-plan, aiming to keep Germany as an agricultural-based country, was rejected. On the opposite there was the Marshall-plan, which was chosen in the end.
With regard to the evolving political conflict with the Soviet-Union, the three remaining districts of Germany, ruled by Great Britain, France and the United States of America, were united. At this time Bonn was reigned by the English government.
Although in the following year the German parliament was elected in Bonn, they decided not to write a new constitution for Germany until the reunion. Therefore, they only wrote something they called „Grundgesetz“ in order not to use the word „Verfassung“. However, when Germany was reunited in 1989, they never wrote a new constitution, so Germany still doesn’t have anything called „Verfassung“ today.

The next step to build a fundament for Germany being an independent country was to find a new capital city. Fast this step would turn out to become a nip-and-tuck race between Frankfurt and Bonn.
The two cities were competing to become capital and were trying to be better than their competitor but not always playing by the rules. The local newspapers for example participated in the challenge by devaluing each other. Both cities started to build a plenary hall as a preparation sign. This was the beginning of the governmental district in Bonn.
Although Bonn was extremely destroyed and suffered from several bomb attacks during the war, the available space seemed to be more suitable and most importantly big enough to build a new capital. Moreover, in contrast to Frankfurt, which was mainly favoured by the SPD, Adenauer and the members of the CDU voted for Bonn, also because they simply didn’t want the SPD to get what they wanted. Last but not least, they were scared that Frankfurt would gain too much power and grow too strong so that in the future difficulties would be caused when moving back to Berlin. In the end, this competition set a historical milestone in Bonn’s past, being a fundamental part of the city’s further development.

As it was now the capital, Bonn needed more space for offices, thus in 1966, the construction of a new representative building complex based on the ideas of the architect Egon Eiermann was started.
When it was first opened, it received its nickname „Langer Eugen“, referring to the small size of Eugen Gerstenmaier, who was a supporter of the building. He was the Bundestagspräsident from 1954 to 1969 and was known as a nasty little man, thus his nickname was “Giftzwerg”.

When Bonn as a capitol city grew in importance, it also expanded in area. The right side of the Rhine and surrounding cities joined Bonn in 1969, including Beuel, Duisdorf and Bad Godesberg. Since this expansion has taken place, one can say that the Rhine flows through Bonn.

Because the old plenary hall was torn down due to structural damages in 1987, the Bundestag had to work in a small waterworks for two years. Meanwhile, a new building was designed and constructed. When the Berlin Wall fell in 1989, the new building was not even finished yet and thus it only fulfilled its function as the plenary hall of the Bundestag for a short amount of time. Two years later, in 1991, the Bundestag voted on the future capital city and Bonn lost the title to the former capital Berlin. Many feared this would lead to a strong decrease of economic and political power, but the Berlin-Bonn-Act of 1994 sought to prevent that. However, it was not until 1999 that the Bundestag moved to Berlin, leaving behind 6 major ministries.

Today, the governmental district is still of major importance for Bonn. Most of the former buildings, including the Langer Eugen, are now being used by the United Nations. The newly built plenary hall is now used as a conference centre.
Attempting to ensure the prosperous future of Bonn, a 5-column-concept was developed. This concept included plans to invest into the future of science, internationality, economy, culture and politics in Bonn.
Politically, Bonn is still very important, because every ministry in Berlin has a secondary location in Bonn and vice versa.
Additionally, Bonn gained international importance when it became an official UN- city and now hosts eighteen UN secretariats.
When the Deutsche Welle, the Deutsche Post and the Telekom moved their headquarters to Bonn, the economy was stimulated and many new jobs were created. So today, there are more people working in Bonn than during the time when it was a capital.

As Bonn became the UN city, the UN asked for a bigger congress centre. So the government decided to start a new project:

the construction of the World Conference Centre Bonn, the WCCB. It was built in the style of the new plenary hall and is connected with it in underground. The project also includes the construction of a hotel. Issues with investors and money problems led to a very slow construction process. However, it is supposed to be finished in 2015.

So, in conclusion, Bonn is a city with a rich history and a remarkable and unique city development. To cut a long story short, we learned a lot and saw an interesting side of Bonn we had not noticed before. If you have not been there already, it is certainly worth a visit! 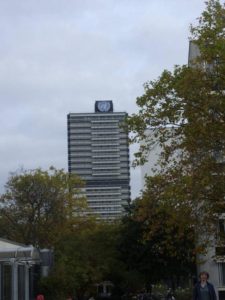 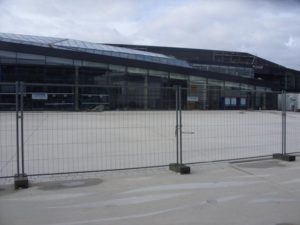